Art means something in Minnesota.

Architecture in Minnesota is far and above that of other regions. We don’t realize it, but we surround ourselves in artful things. We respond to art every day. Whether it’s a good-looking pen or a packaging label or a house on a corner lot in Minnetonka…we are engaged.

It’s subjective, but you can tell when there’s a sense of art involved. Architecturally speaking, we want our projects to evoke reactions as if they are works of art. We want jaws to drop when people walk into one of our projects; the “Oh my God–this is cool” reactions. Every project has a “Wow Factor” and uniqueness that separates them from others.

At SKD Architects, we want to nourish the senses. We want our clients to experience elation through visual excitement, as well as the touch and feel of a well-detailed and finished home. We want you to feel that your quality of living, working, and playing has been enhanced. You may not notice the time, effort, care, and detailing that went into the work, but you will have that emotional response.

We don’t stop there. We also push ourselves and our design into other categories.

Charitable Art. More seasonal variety promotes creative responses. That same seasonal variety can pose great problems for families in need of affordable housing. As an architectural firm that has designed homes with exceptionally large budgets, we find it crucial to balance out the books by donating our financial resources, time, and talent to enhance the availability of affordable housing in the Twin Cities Metro Area.

Sustainable Art. As an architectural firm that is responsible for designing very luxurious–and often large–homes, we find it necessary to also be environmentally accountable by infusing our projects with “green” practices and products. Though we have repurposed, recycled, rethought, reused, and reengineered all along, the time has come for a purposeful and blatant redirection toward these important facets of design and construction. Minnesota experiences a wide variety of living environments with our seasonal changes, our economic climate, and our commitment to the environment. 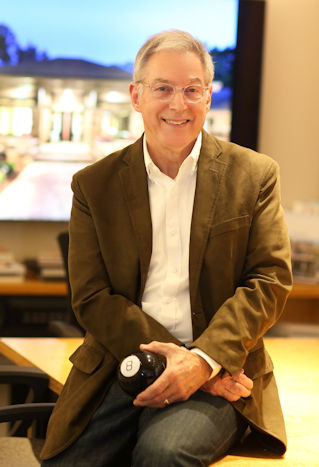 We accept these challenges. And, we’ll continue to make jaws drop…for another 30 years.

We'd Love to Hear from You! 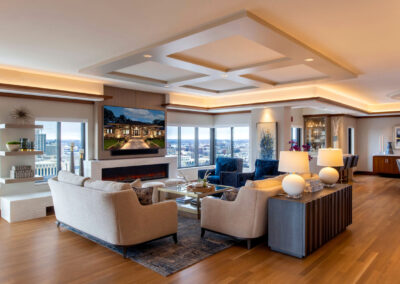 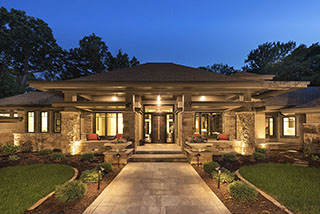 In the Woods at Mooney Lake Preserve 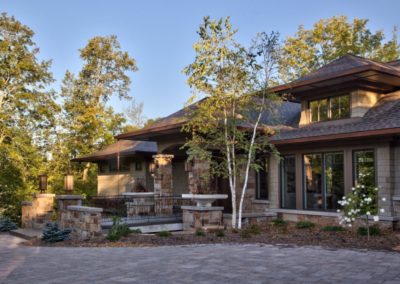 Modern Prairie in the Country 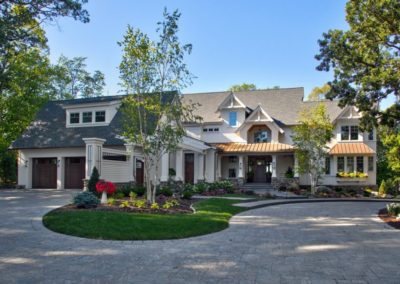 Farmhouse on the Lake 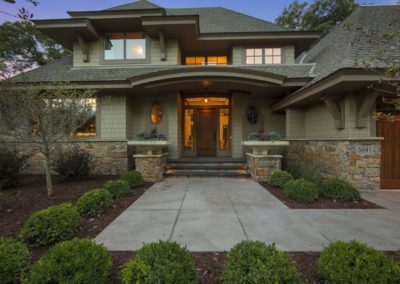 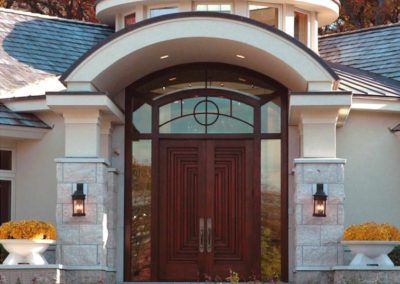 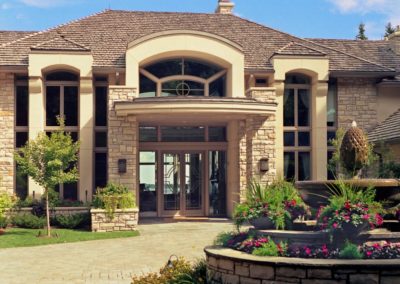 Elegance on the Lake 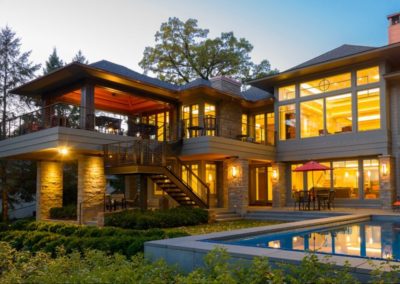 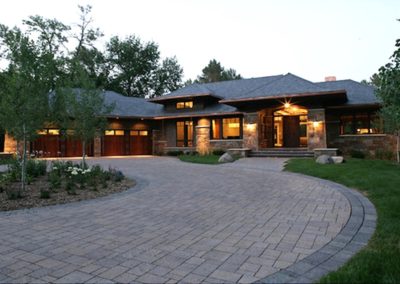 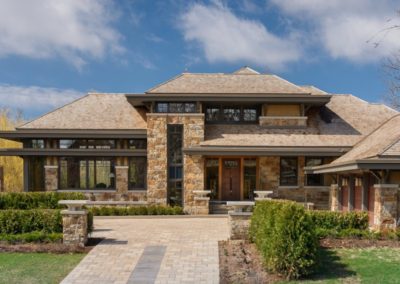 Arts and Crafts, Prairie in Wayzata 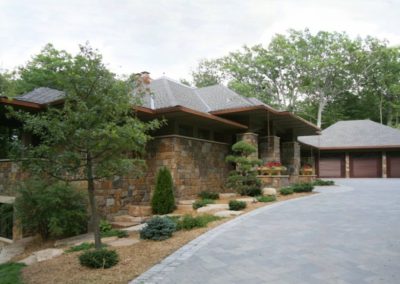 Prairie Style in the Woods 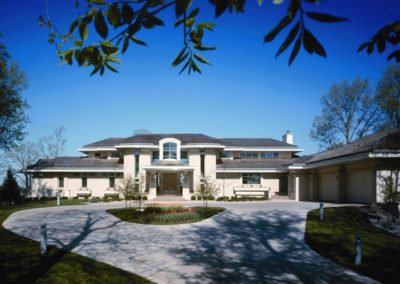 Lake House on the Cliff 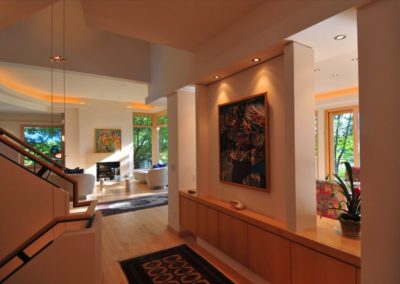 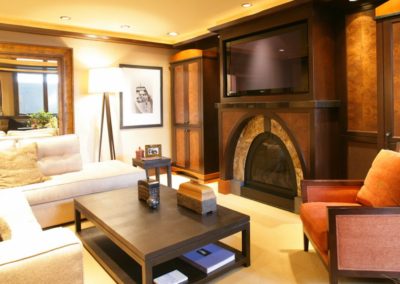 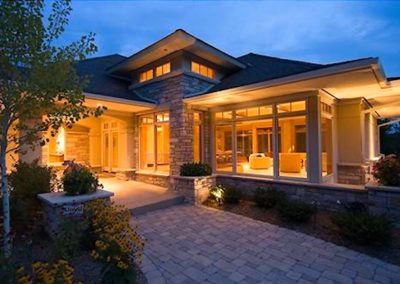 House in the Woods

Our project started out with the need to replace a rotting deck, and with a desire to add a porch to our home. With the help of SKD Architects our dream became a reality, and we happily ended up with much more than a porch. They designed a fabulous year-round room addition that is now the focal point of our home.

We enjoyed working with Steve Kleineman, who was able to envision our amazing addition. Our new room (with a pass-through window to our kitchen) is extremely functional, but it is also quite beautiful. Every detail, from the ceiling to the baseboards, was designed with an artistic eye. Even our new deck is a thing of beauty. The “Pick-Up-Sticks” railing is a work of art, and the brick enclosed posts are functional and lovely.

Our family, friends, and neighbors have all raved about our addition. We now, for the most part, live in our new “porch”. We could not be happier!

We give Steve the highest recommendation and consider him the only architect to ever consider for a residential home design. His plans are designed for easy living, flowing design and contemporary details. Every guest we have in our home is amazed with the level of detail and uniqueness of our home. He also has significant knowledge of construction methods and techniques that are critical when working with a general contractor.

The work that Steve has put into this project has been absolutely stunning, professional, incredibly creative and has involved many fun surprises along the way. I can’t thank Steve enough for the work he has done for me!

Steve Kleineman is a joy to work with, a gentleman and so talented. I would recommend him to anyone who wants a great experience with their project. We have been here nearly 10 years and the design still looks current and is very functional.

We asked for an updated urban classic rambler

We are constantly stopped on the street by people telling us how much they like our house and that is pretty unusual with a new home in an older neighborhood. The interior of the house is beautifully detailed and we live in it exactly as we told Steve we wanted to live. SKD took all of the time necessary to make sure we got what we wanted. We could not be happier with our decision to work with Steve and his firm, SKD.

I would ONLY use SKD Architects

I tore down and replaced the home I’d lived in for twenty years. Steve Kleineman and I began with a discussion where I described my thoughts for my new home. He came up with a drawing which was close. One meeting later he had designed exactly what I wanted.

Steve included the level of detail I desired, and, designed several pieces of furniture for specific spots, each on its own, a masterpiece. My home is custom, inside and out. You will not see this home anywhere else.

Outside, Steve carried out details from the inside making his plan cohesive and beautiful. He was careful in his design not to hurt existing old trees and was not only respectful of my existing lot, he made the very most of it. I had no idea for the entire first twenty years that I lived in my home that my lot could have the beauty it does today.

When building began, Steve worked closely with the builder to insure that my vision was carried out meticulously. It felt as though he was working on his own home, that’s how involved and accessible he was. Because of it, my home is perfect. He listened closely to my needs and was easy to get along with. When I made changes, he kept the up-charges to a minimum, in some cases actually reducing the price. Construction on my 5,000 square foot home took less than one year from the day they tore down the old house (not as emotional as I’d have thought to see it go) until moving in to my new warm lovely home; slightly under 11 months to be exact.

I have seen larger homes, but never any done with any better attention to detail. The only thing I enjoy more is living here.

We'd Love to Hear from You!